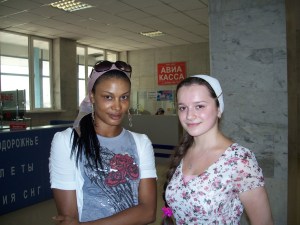 I seriously wish there were 8 days in a week at this point. I have been so busy, all I have time to do is film shows and write scripts. I slept for 13 hours yesterday. NTV came to do a story on me from Wednesday and left Friday. I was stressed out having them follow me and try to keep up with my hectic work schedule.
So, here’s what’s been going on ….

2 weeks ago I met Aiyna Isaeva in the lobby of Dom Pichate. She has the best voice. She sings opera and studies in Moscow.
Photo: Myself and Aiyna Isaeva

Here she is singing:

I finally milked a horse! It was so weird. I made Kumis. To be honest, the horse milk tasted good, but when it was churned into kumis…I could hardly swallow 1 sip.

I can’t remember the order of the next events, but…. sometime last week I was fit for my first national costume. 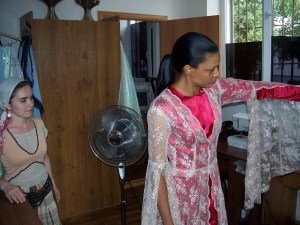 It looks awesome, I can’t wait until it’s finished! Hopefully it will be completed by Thursday because I want to film it for my show.

Last week I decided to get accordion lessons from Ramzan Paskaev. He is one of the best accordion ( pondar ) players in Chechnya. 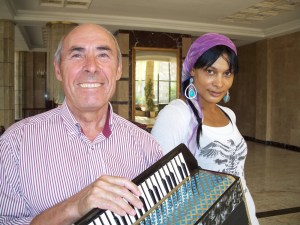 Photo: Ramzan Paskaev and Me

My lessons didn’t go too well. I don’t think I am destined to play the accordion, but it was interesting learning about it.

So, on Thursday things got interesting. I decided to travel to Sharoi. It is the most remote and hardest to get to places in Chechnya. It’s elevation is over 3000 metres ! I thought it would take 3 hours to get to but it took over 5 hours each way! I was stressed, I had a camera crew from NTV following me , we were traveling over the worst roads in the middle of nowhere! I was exhausted by the time i got back to Grozny. That didn’t matter though – because I had to get to editing and keep working until midnight. I was toast.

NTV crew and myself ( when I thought there was only another hour of driving ahead ) We have just passed Shatoi.

We’re almost there…I have no clue where we are in this photo. Ruslan was the cameraman. 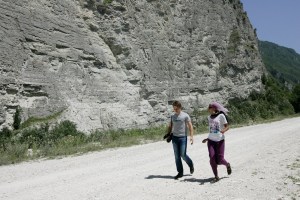 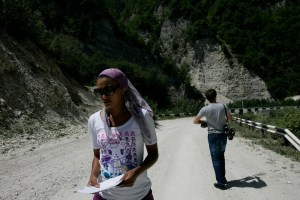 Here we are in Sharoi after a grueling drive…and we have 5 grueling hours to drive back to Grozny – but it was worth it!

There are locusts in Grozny at the moment. They come out every summer and especially at night. When i leave the TV studio at midnight – they jump in front of me or on me!!!! They freak me out!!!! I can’t wait until they’re gone! 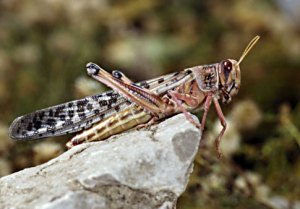 Oh, I forgot – I have a new editor. His name is Islam. He’s cool and a great editor. He listens to good music – he was playing California Love by 2PAC and singing it on Sunday. 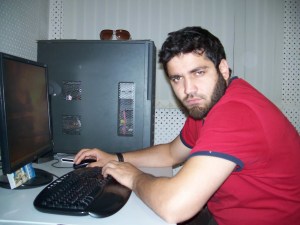 When I get home late Saturday night, I ran into Muslim the guard. This week he shared some of his food with me. It was fish on bread. I ate it – it was good. 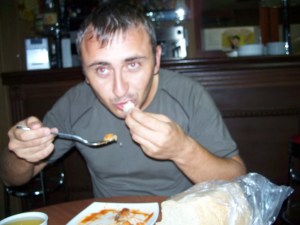 And last but not least – I have become obsessed with this ice cream cone. Then I realized it was 18% cream! Forget it, I was eating 2 at a time. I better slow down on that.